Admit it – you’ve taken sofas for granted. Sure, every house has one, and you are so comfortable with certain personally beloved ones that you will literally dive or jump on them. But you’ve never had to think about buying one for yourself, until now. Suddenly you realize that it is actually a serious investment. It’s not like when your buddy called and couldn’t believe that someone had put a perfectly good sofa out on the curb, asking you to help him go get it. You’re an adult now and you are going to make certain that it is the best choice possible before you spend the money.

You need to learn what to look for and expect from a quality sofa. They should be sturdy. If you’re at a furniture store, let a salesperson know you’re looking for a couch that will make it through the long run of years of family activity. Tell him you want to flop around in it to test its strength. He should know which sofas are of the most solid craftsmanship, built for endurance. That’s when you are introduced to the heavy duty models. Lift one by the corner and shake it. If it doesn’t feel entirely solid with light maneuvering, or feels at all rickety, move on to the next one. Hardwood frames made of oak, alder, birch or maple, have proven to be generally quite solid. You may also look into high-end plywood that may serve to save a few bucks. Know that the more expensive solid construction frames have the legs built-in, they not separate and removable pieces as with some cheaper models. Upon having to actually move the sofa, however, users find that legs that screw off are extremely convenient. Also, you want to see that the joints in the better sofas are fitted with corner blocks that are glued and screwed into place. They are best double-doweled. Within the construction, look for 8-way hand-tied springs that are typical of finely made couches. ‘S’ shaped springs are popular as well and of comparable quality. The drop-in coil springs, however, are used in cheaper models and have been designed for the limited budget. In such low-cost models, the cushions are often limited to polyurethane foam core padding. The heavier and denser the foam is, the longer it will last, as in the cushions of higher quality furniture that feature Dacron batting wrapped around the foam (Dacron is a material made from polyester that is 1” thick). The best couches include ‘poly-down’, also premium soft polyester mixed with the batting, or ‘spring-down’ cushions, in which the springs are covered and surrounded by foam and feathers. The ‘all-down’ cushion is comprised entirely of feathers, and though luxurious requires more maintenance than its counterparts. Don’t forget to estimate the maximum number of people you’ll realistically want the sofa to accommodate. Determine the size of the sofa you’re looking for. If you expect to have to seat no more than two people, you may want to select only two cushions. On the other hand, if you are going to pile them in get three cushions or one long one. Apply the same logic to the back (pillow-backs are most popular). Typically, the depth of the seat and back angle will influence your preference. How does the couch sit in the room? Do you want the traditional rolled arms and contoured back or do you want a modern design of little flourish? Eye it out. Take measurements. You want to be certain that you have allotted enough space to allow the couch to fit comfortably and unobtrusively.

Another factor to consider is the type of fabric you’ll want. You’re expecting your couch to last years, so you’ll want to select a fabric that is as timeless as possible. Given that concern, a neutral color is recommended. Over the years as tastes change, you may accentuate it with accessories that reflect the current trends. Also with longevity in mind, synthetic fibers may be best to select. They are proven colorfast, cleanable and durable. Tightly woven heavyweight material will also be abuse-resistant as will be the toughness of leather. Avoid vulnerable fabrics like satin unless you don’t plan to use the couch often. Before making a final selection, ask for samples of the fabric you’ve narrowed down as finalists and take them home. There you can see exactly how well they blend or reflect your current themes.

It’s crazy, isn’t it? It wasn’t too long ago that a couch was just something you would pass out on when partying with friends. Times have changed and your concerns now reflect those of the average grown up. But one thing is certain, by choosing the right couch now you will save much time and money over the next decade. 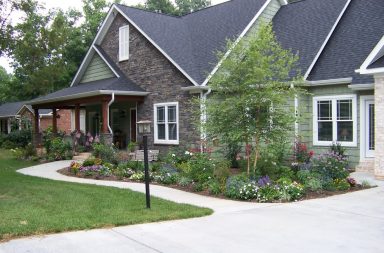